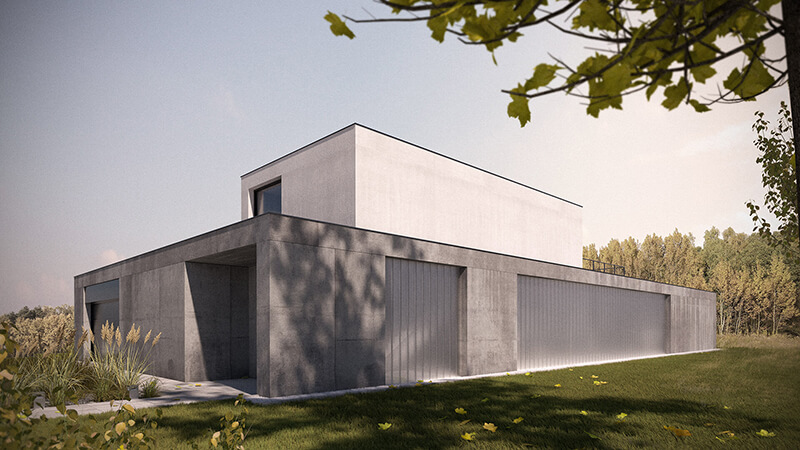 The L-shaped house, due to its shape perfectly opens up to the garden and surrounding greenery. It is an one-storey building, with only one additional form built up to two storeys. It matches its surroundings not only because of its height, but also because of the finishing materials. For the ground floor the single material used is light grey concrete. What contrasts with a monolite form are also glass walls in the eastern side, which due to their vertical modules introduce a rhythm to the elevation.