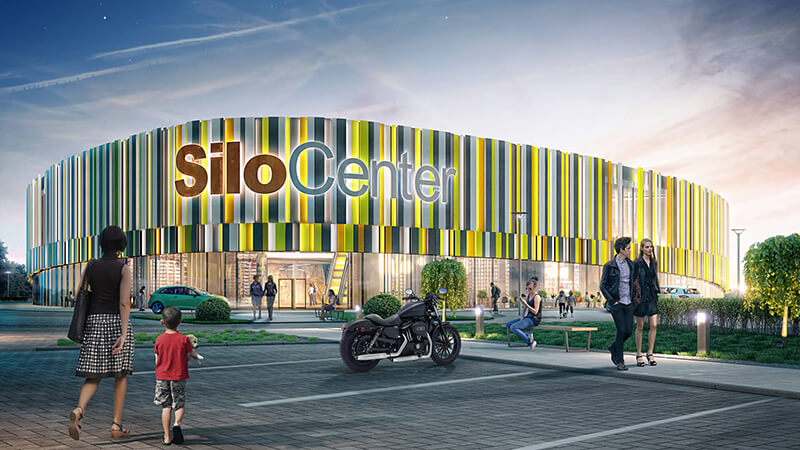 The SiloCenter building, created in a post-industrial area built by silos, was designed in response to the growing needs of the population of western districts of Poznan and Skorzewo. These needs are free time services related to relaxation and active recreation.
The inspirations for the design and character of this building were open minds and the creation of new challenges for people who are looking for an active lifestyle. The design dynamics underline a positive attitude to change, which will stimulate a positive body and mind culture. This is realised in the building. The central layout of SiloCenter is based on an open atrium, where the internal people movement lines are intersecting. A large central skylight allows natural light to fill the public space and extensive openings in the facade connect people to surroundings. The building levels are based on equilateral triangle with rounded corners. The facade is formed from merged concrete panels, prefabricated in five colors and illuminated by led lights.

The functional program includes a large and extensive fitness club, a squash court complex, a recreational swimming pool with wellness and spa spaces, a dance school and a climbing wall, all in an open, two storey space. To complement these amenities, sport assisting shops and services are included.